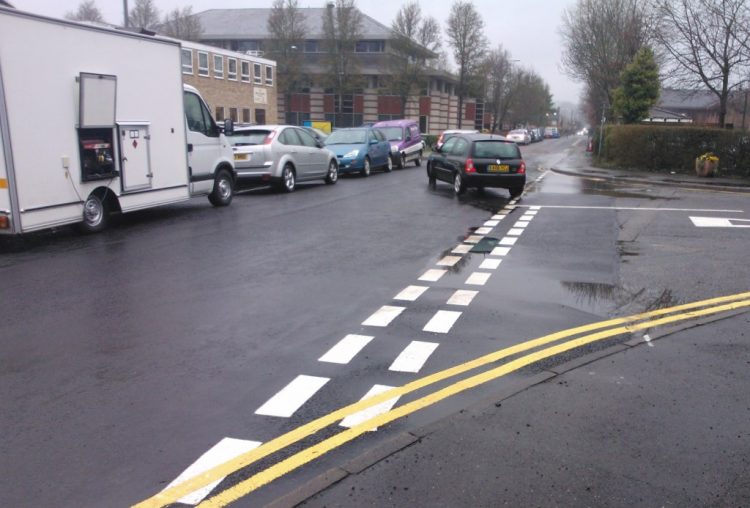 Some 48 notices of service defects have been issued to Transport for Buckinghamshire, Bucks County Council’s highways maintenance contractor for work around Globe Business Park. Some have been attended to like the resurfacing of the road junction at Fieldhouse Lane and Parkway. Also completed were traffic signs being cleaned, some of the pot holes filled in, regular gutter cleaning has started and some junction and yellow lines have been repainted. We also saw the self seeded trees on the verge at Parkway cut down and removed and the overgrown shrub bed opposite Lunar House has been cut back.

But there is much more to be done.

Two lampposts on Parkway are without light housings and the lamppost in front of Tower Garage in Fieldhouse Lane is still to be replaced. The road leading to Koppers Performance Chemicals is still full of holes and awaits repair.

However the standing surface water on the footpaths around Fieldhouse Lane caused by sunken surface indentations has been rejected and deemed adequate by the Highways contractor. This is being raised at a higher level within the County Council.

The Highways contractor cuts the grass verges on the Parkway six times a year. To achieve a decent maintenance standard these verges need to be cut between 12 and 14 times a year depending on the growing season. The Executive Board has agreed that an additional six cuts a year will be carried out.